lol, japan is a foodie/j-entertainment review blog that I’ve been maintaining for almost a decade.

lol, Japan is a blog that I’ve been working on since I was in high school. I started it in 2005 and I’ve been keeping up with it ever since then. The main focus of the site was on Japanese entertainment but it’s slowly evolved from that initial theme since then. Originally, it was hosted on my own personal server but I ended up moving it to WordPress.com for overall ease and readership. Unfortunately, WordPress.com does not allow its users to create custom themes with its service. Finding that out brought me back to hosting a WordPress.org installation all over again.

There’s a broad target demographic for this blog. But ultimately, it’s main readership is females between the ages of 13 – 35, hailing primarily from North America and Southeast Asia. The site brings in about a daily average of 1,000 hits and has a subscriber count of over 800. The site has slowly been increasing in readers due to my recent move to Japan and more hands on, real time, articles about pop culture within the country.

I wanted to go for something simple and focus on the articles. I also wanted to avoid using the standard two column blog layout so I went with preview “thumbnails” with the latest article always featured on top. lol, japan has always maintained a black and white color scheme… but this time I decided to go with a blue scheme. 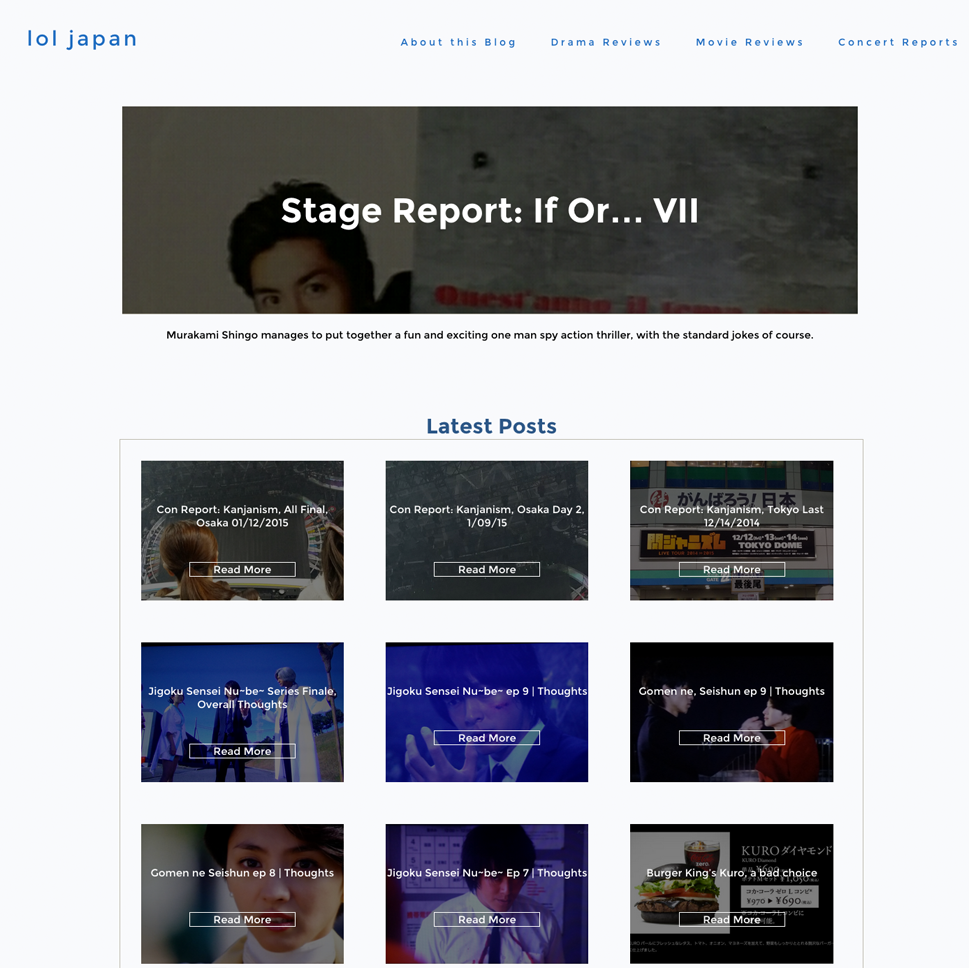 The actual article page itself takes advantage of using a very large header image. As the user scrolls down the page and reads the article, a progress bar appears on the top.

The default WordPress commenting system does not allow for much engaging conversation and topic tracking. While WordPress.org comes with a plugin called Jetpack that allows for a social network but I decided to go with Disqus. Not only can users login via Facebook, Twitter, or Google PLus… They can also use Disqus accounts. No matter where they comment, if they receive a reply via my blog, it will encourage return readership. 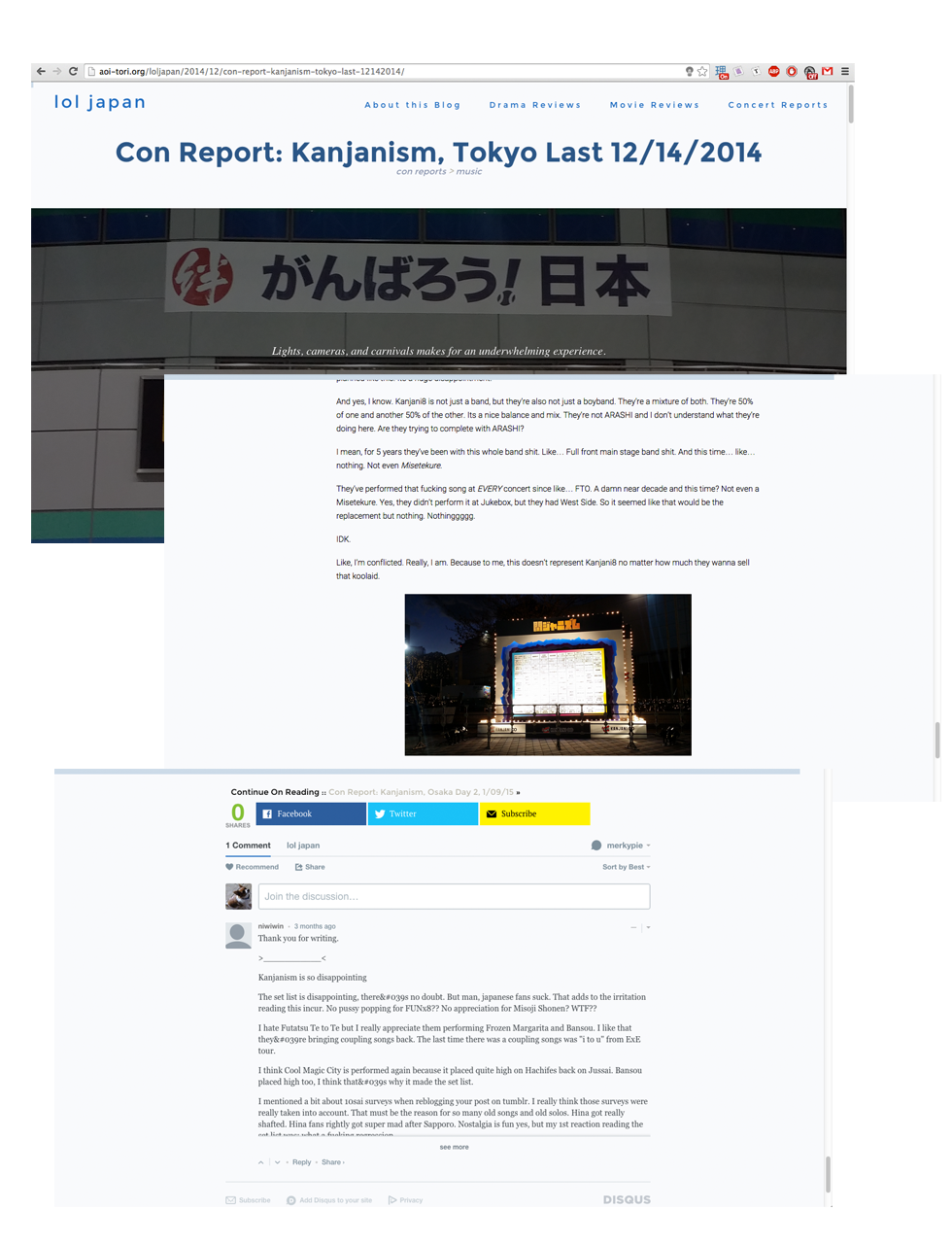 The dedicated category pages are no different than the front page except for the lack of a featured article. Whenever a user is on the first page, they are notified in the header of their current place on the site. 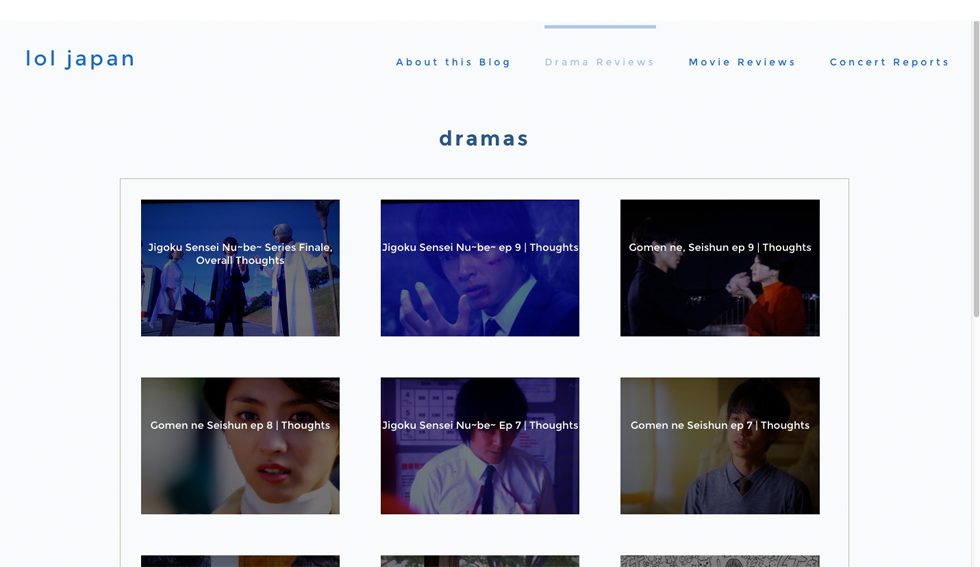